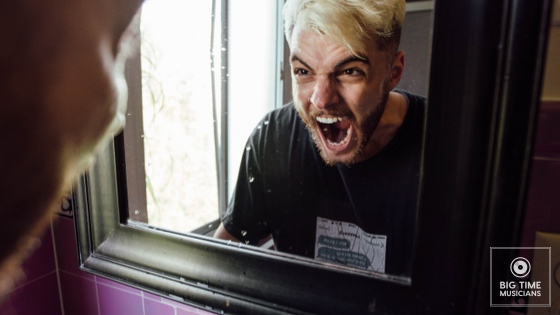 Some people are naturally gifted with an amazing singing voice or have the ability to create unbelievable music with instruments. However, when it comes to marketing their music the majority fall into common pitfalls.  In the article we aim to highlight 11 common mistakes which many musicians make every single day.  Hopefully this will allow you to avoid them and grow your audience though smart music marketing.

Not collaborating with other artists

One of the best ways to grow your audience is without a doubt to collaborate with other musicians or content creators. This could be a simple as giving fellow musicians shout out’s via social media or recommending them in person. The most successful marketing tactic is to produce a track with one or more artists. This way you are to put yourself in front of their audience and hopefully If they like what they see they’ll follow you too.

The best way to approach this is to reach out to artists via social media who are around the same level as you. For example, if you have 10k subscribers on YouTube don’t approach someone with a million, you’ll probably get shot down. There are also music curators (such as Cover Hook) who love to share new music, so reach out to them and hopefully, you can gain some exposure.

Being discouraged by negative feedback

Everyone takes criticism differently, some people will take it on the chin and learn from it, while others won’t be able to let it go. If you are the later you need to understand that not everyone will like your music, that’s just life.

Everyone has their own tastes and opinions, for example, you may have people who don’t like huge bands like the Beatles, Nirvana, or Beyoncé. You’re not alone, even every major artist goes through it, it’s how you deal with it which will define you. You can either ignore negative feedback or learn from (if it’s constructive criticism).

Now, ‘trolling’ is something that you need to be careful of… This is when people will purposely look to upset individuals on the internet with no real motive. If you encounter these people online simply ignore, block, or delete them.

Content is king. This is a common marketing phrase thrown about which is almost 100% true. A better expression would be ‘good content is king’. If you don’t post any content, you’ll never grow your fan base but if your posts are low quality it can have a negative effect.

There’s nothing more discouraging than seeing your subscribers go down rather than up, so ensure you keep up a high standard. If you’re stuck for ideas you should check out some similar artists who have a larger following, what are they posting? Once you get a large number of followers you can maybe be a bit more selective with your posts however be sure to keep an eye on your analytics.

The expression “don’t put all your eggs into one basket” is extremely relevant when it comes to music promotion via social media. Each social media platform has different demographics that you can target to grow your audience. Ideally, you would have as many social media accounts that you could manage on a daily basis.

There may be some exceptions to this, for example, if you know your average audience age is over 40 you shouldn’t be posting TikTok videos. Our advice would be to find your top 3/4 social media accounts and focus on them.

Many musicians these days don’t have a website, this is a huge mistake. Even if you’re a small artist who is just starting out you should have a basic site which details everything anyone would need to know about you. Of course, social media accounts are important but at the end of the day, they aren’t owned by you.  If one of these companies collapsed (like vine) you would lose all of your followers and hard work.

Having your own website also allows you to post whatever you want without restrictions on other sites. If you search for any successful artist google, they all have a website. It may take a few days to set up but It’s 100% worth it. There are loads of really each site’s which allow you to build your custom website such as www.wix.com

Not engaging with fans

Your fans are your career, without them you would have nothing, taking that little bit of time to appreciate them can go a long way. Audience engagement is vital when starting out as a musician, you should try to reply to every comment someone leaves you on social media. If someone has spent the time to give you a compliment you should acknowledge it. If you are proactive with social media response you can build a strong bond with your fans which can be extremely valuable.

Something you should try doing is invoking conversions with your audience, for example, if you post a new YouTube video ask the audience to leave their opinion in the comments. Doing FAQ videos is also very good at increasing engagement with your fans.

Having your own original music is great, however when you’re starting out It can be hard to get new people to listen. The main problem is content discovery, how are people going to find your music without already knowing about you? Well, you can either get lucky and go viral or spend a lot of money on advertising.

There is a 3rd option, however, cover songs. Producing covers of songs that are well known and posting them online is a brilliant marketing tool. Many famous musicians just Justin Bieber and Shawn Mendes started out posting covers and got discovered. Here are at Cover Hook we focus on music promotion through covers. We’ve seen many artists double or even triple their audience within a few months after producing a great cover.

Not listening to current pop music

Listening to the charts can be one of the best things you can do to boost your music career. The reason it’s called ‘pop’ music is that it is popular. Pop music is an evolving genre, it can change every year and that’s why a band could be massive for a period of time and then suddenly disappear. As mentioned previously we would advise doing covers of popular songs, this can help grow your audience and keep your up-to-date with the latest developments of the genre.

You should also keep tabs on when big artists are releasing new music, this can give you a head start when listening/covering songs. If you can produce a decent cover of a new song just before it starts to go viral you could double or even triple your fanbase.

You should at least have a simple plan of when your going to post content online, what you’re going to share on social media, and of course any performances. We would advise you to create a spreadsheet that contains what you’re going to do each week. Once you get yourself organized, you’ll find yourself being more motivated to produce content.

Not investing in good equipment

You could be the best singer in the world but if you don’t have a good mic you could end up sounding awful. Never underestimate the power of decent music equipment, it could be the deciding factor for many people when choosing whether to listen to you or not. Now, this isn’t to say you should go out buy the most expensive stuff right away… Get something that you can afford right now.

Don’t be afraid to upgrade as you grow, more fans mean higher expectations. If you’re making YouTube videos check out our top 5 mic articles, we go over the best mic’s to record music. We would also advise on getting a decent camera if you’re producing YouTube videos.

It’s important to stand out from the crowd when trying to make it in the music industry, that’s why we would advise finding your niche.  A niche could be something as simple as music genre or maybe it’s a quirk that makes you different.  There are tens of thousands of great musicians in the world (if not more) however only a few make it. Try merging genres, breaking trends, or having a unique look/sound.

There have been some brilliant duo bands recently such as twenty one pilots or Royal blood, they both have made it big by being a little bit quirky to stand out. We would advise looking at a selection of musicians at a similar level to you and asking yourself “what makes me unique to them?”.  Once you have your niche you could then target an audience and focus on them for your marketing efforts. 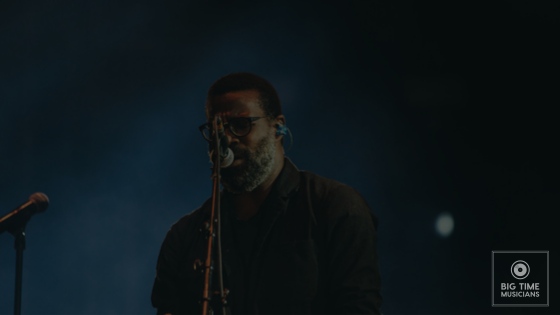 Why Musicians Wear Ear Pieces and What Exactly are the Earpieces For?

7 Reasons Why You Should Have a Website as a Musician 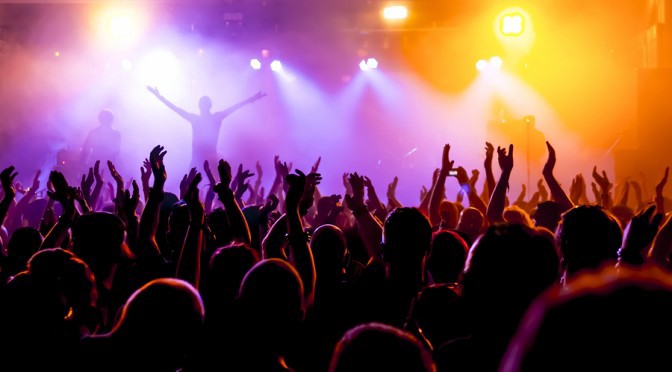 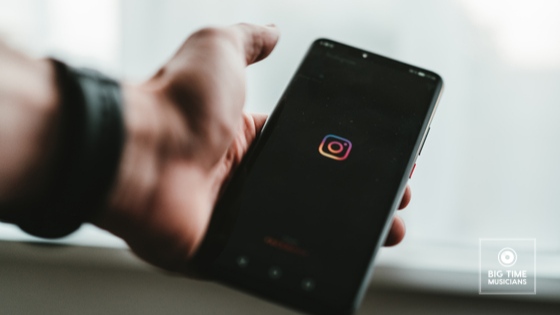